Posted in April 2020 in Latest news

In 2016/2017 cricket season, Quinns Rocks Junior Cricket had no girls-only teams. A year later, they fielded two and their girls participation was rapidly increasing. After winning the WACA Club of the Year for their dedication to girls cricket, they set out to provide opportunities for children with disabilities to play cricket.

Inclusion Solutions first met the club through the WACA mentoring program in September 2018 and momentum for their goal grew. They hosted a workshop for their committee and members on social inclusion and disability awareness and word quickly spread about the opportunities on offer at the club.

What started with one child has grown to ten, and what started as just a few boys is now a competitive team. Not only are they bringing in new players but they are retaining players at risk of disengaging.

In May 2019 they were awarded three National Awards from Cricket Australia and are now regarded as one of the best cricket clubs in Australia. Last night, they were honoured at the RAC SportWest Award for Community Club of the Year – the best sporting club in WA!

This club is the epitome of inclusion. Their culture draws you in and you have an almost immediate sense of belonging. You want to be a part of it, because its so much more than a game of cricket. 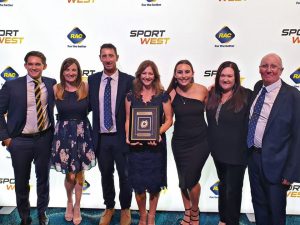